For over 17 years, The Law Offices of Seppi Esfandi have helped people in Los Angeles and Southern California prove their innocence in cases involving a firearm. We realize that when you’re calling, you’re in a bind and need someone who will support you through thick and thin. Ever since graduating from UCLA Law School, Seppi Esfandi has helped people get their gun-related cases dismissed, their charges reduced, and avoid jail and/or prison. Seppi has been peer-reviewed by Judges and other attorneys, and received the title of 'Criminal Defense Specialist' by the State Bar of California. 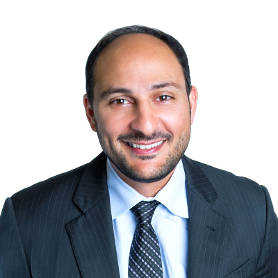 My reputation is very important to me, and I protect it by getting excellent results for my clients. You can go to Yelp, Google or any other online source to see what my clients are saying about me. ​I am always available to speak with you. I look forward to hearing from you soon! 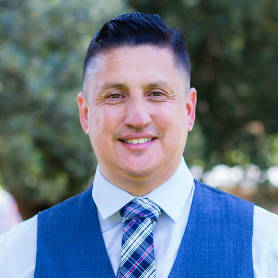 Since 2010, Jorge Guerrero has worked alongside many experienced criminal defense attorneys on countless cases in Los Angeles. Mr. Guerrero is empathetic, insightful, and great at making clients feel at easy during times of difficulty and uncertainty. 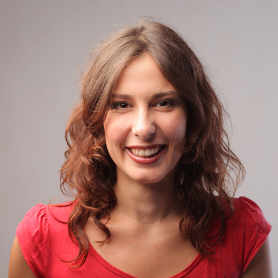 Denise is currently pursuing a Bachelor’s Degree in Criminal Justice with an emphasis in Pre-Law and Political Science. Holding future aspirations of attending UCLA School of Law, she has studied criminal procedure and is deeply passionate about protecting people’s court room rights.

Proving Your Innocence is Top Priority

It is our belief that a well-informed client is a happy client. And although at times cases may continue longer than anticipated, you can rest assured that you’ll be up-to-date on the most recent news and developments. Our Director of Client Relations is only a phone call, text or email away, 24 hours a day, 7 days a week to address any questions or concerns. This crucial line of communication is what separates our law firm from the average lawyer who many times is too busy to answer your calls. We would rather treat you like a family member.

Call for a Free Consultation

Please don’t hesitate to call us for a free, no-obligation consultation with Mr. Esfandi at 844‑776‑5291 or 310‑274‑6529. During your call, one of our attorneys will hear the details of the case and advice you on the best approach to defend yourself. If you wish, a consultation in our office can be promptly scheduled with Mr. Esfandi, or one of our criminal defense attorneys. Remember, the sooner you talk to and retain an attorney, the better the chance is of receiving a positive outcome in your case.

Esfandi Law Firm believes that every person has the right to adequate representation regardless of their financial situation. We understand that few people have thousands of dollars put away to hire an attorney, especially when life‑changing crises happen. We try very hard to work with your budget, that’s why we offer payment plans as a courtesy, work with several legal lenders and at our discretion make our quality representation accessible to most folks.

Important Things to Know About California Firearm Laws and Charges

Unless you are prohibited by law from owning a gun, you may possess a firearm or ammunition (except armor piercing ammo) in the State of California. You may also legally keep a gun within your house or a place of business that you own. You may legally carry the gun from place to place in a locked container. Now let’s look at the California laws regarding guns, and circumstances that make guns illegal to own, possess, carry or use:

A) People who are NOT ALLOWED to carry a firearm, or ammunition include:

1. FELON IN POSSESSION OF A FIREARM

As a general rule, under no circumstance can a convicted felon (under any jurisdiction) possess a firearm. At the same time, the prosecution must prove that the felon knowingly had possession of the firearm in question, if they are charged with possession of a firearm.

If the courts deem a person as a drug addict at the time he or she owned/purchased/received/possessed a firearm, they can be charged. However, the ‘people’ must prove that a person is an addict in order to make the conviction. The court determines if a person is addicted to the use of a narcotic drug if they are:

3. ANYONE WITH 2 OR MORE CONVICTIONS FOR BRANDISHING A WEAPON

Brandishing a weapon can be either a felony or a misdemeanor, or what is known as a “wobbler”. In either case, 2 convictions of this crime will result in losing your right to bear arms.

A conviction in ANY ONE of approximately 40 misdemeanor charges will result in a minimum 10 year firearm ban. This is another instance where misdemeanors can result in a person losing their right to bear arms.

5. ANYONE PROHIBITED BY A COURT ORDER OR PROBATION CONDITION

Simply put, if the judge says you cannot own or possess a firearm for any reason, then you have to abide by their ruling.

6. ANYONE PROHIBITED BY FEDERAL LAW FROM POSSESSING A FIREARM

Below are a few examples of what might determine a person to be “mentally ill“:

Essentially very straightforward. You must be 18 years old or older to possess or carry a gun in California.

B) Other circumstances where it is ILLEGAL TO CARRY, POSSESS a firearm:

California gun laws allow most adults in the state to buy a firearm without a license. However, in order to purchase a handgun, you must possess a valid handgun safety certificate.

There are also laws regarding how to carry a firearm, even when you are allowed to carry one.

If you have the legal right possess a gun, there are several ways to exercise your Second Amendment right to bear arms.

Only specific people are allowed to carry a concealed firearm in the State of California.

In California, firearm permits are authorized under Penal Code 26150 and 26155 PC, permits to carry a concealed firearm.14 These licenses entitle you to carry a “pistol, revolver, or other firearm capable of being concealed upon your person”. The permits are issued by your local sheriff or chief of police department. They require a showing that:

If you receive a permit to carry a concealed firearm, you may legally carry a loaded, concealed gun. However, you must comply with the terms and conditions outlined in your permit.

2b) TRANSPORTING OF FIREARMS

The basic rule here is very simple when transporting guns from one place to the next, as in from your home to a business. The firearm must be unloaded and kept in the trunk or in a locked container. The locked container must NOT be a compartment in the passenger area of the car such as a glove-box. Ammunition may be next to the gun, but not in it.

3. SELLING AND BUYING OF FIREARMS

Dealers may not sell any new handgun unless it is listed in the state Department of Justice roster of handguns certified for sale.

The buyer of a firearm must fill out an application to purchase a particular gun. The firearms dealer electronically submits the application to the California Department of Justice (DOJ), which performs a background check on the buyer. The approved application is valid for 30 days. There is a 10-day waiting period for the delivery of any firearm. The buyer must pick up the firearm within 30 days of the original submission of paperwork (if approved), or he or she will have to have a dealer resubmit the paperwork and another 10-day waiting period starts.

Sales of firearms from one person to another (private party transfers) must be through a licensed firearms dealer using a Private Party Transfer form.

C) We also handle cases where a firearm is involved while committing a crime. There are important laws to note pertaining to crimes committed with a firearm:

If you are accused of using a firearm during a crime, such as burglary, robbery or assault, 10-20-LIFE GUN LAWS will apply. Simply put, CA Penal Code 12022.53[1] is used to enhance state prison sentences when using a gun while committing a serious felony. A very simple rule of thumb goes as follows:

The serious felonies that CA Penal Code 12022.53 pertains to are:

Furthermore, if convicted of CA Penal Code 12022.53 you will go prison. A conviction of this penal code does not offer probation.

A 10-year enhancement for using a firearm is basically the same crime as Brandishing a Weapon, CA Penal Code 417 – for a full understanding of the what using a weapon entails read the Prosecuting CA Penal Code 417.

A 20-year enhancement requires that you fired, or discharged, the gun. Simply put, if during the execution of a serious felony you fired a gun you will receive 20-years in a state prison.

D) In order to be convicted, the prosecutor must prove beyond a reasonable doubt:

In addition, the prosecution must prove that you can be categorized into at least one of the following:

It is important to note that the law does not require you to be ‘holding the firearm’ to be convicted. It requires that you have access to a firearm or that you have the right to control it.

This website is specific to general guidelines pertaining to criminal justice, criminal defense, gun crimes, California firearm laws, violent crimes, white collar crimes, or other legal criminal defense. Any information set forth in this site should not be construed to be formal legal advice nor the formation of an attorney-client relationship. Any results portrayed here were dependent on the facts of that case and the results will differ from case to case. Please contact a Criminal Justice Lawyer, Criminal Defense Attorney, Gun Law Attorney, Sex Crime Attorney, Domestic Dispute Lawyer, Violent Crime Attorney, or White Collar Attorney. Nothing herein is intended to nor constitutes a guarantee, warranty or prediction regarding the outcome of your legal matter. Every case is different and outcomes will vary depending on the unique facts and legal issues of your case.

What Our Clients Say 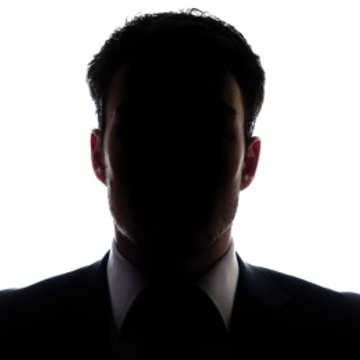 Seppi is amazing! He got my case dismissed in one week! He and his office always communicated with me and took the time to talk with me about the process. I will always recommend Seppi! He answered his phone on the first call and my prayers!

I was wrongfully accused of a crime, and Seppi came to my aid immediately after I called him. He was able to clear me of any wrongdoing and the charges were dropped. I’ll never look for another criminal defense attorney. 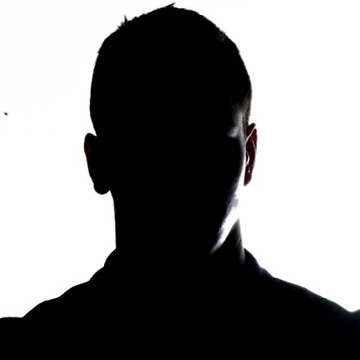 Immaculate would best describe Mr Esfandi’s performance in the court room. From his posture, to the tone of his voice, to his expertise cross examination, Mr Esfandi took control of the courtroom from the beginning to the end with his knowledge of the law. I was facing 2 felony counts which included 2 strikes on my record. Each count was a sentence of 2-4 years in state prison. MY CASE WAS DISMISSED! Thank you Seppi for doing an outstanding job. You saved my life.

Seppi was amazing, one of the nicest persons I’ve met. He was very professional and handled my case like so. He assured me from the beginning what he was going to be able to do for me and always was truthful. He always answered my phone calls and when he didn’t he would respond to my voicemails promptly as well communicate via text. I never had to go to court and he fixed everything for me.